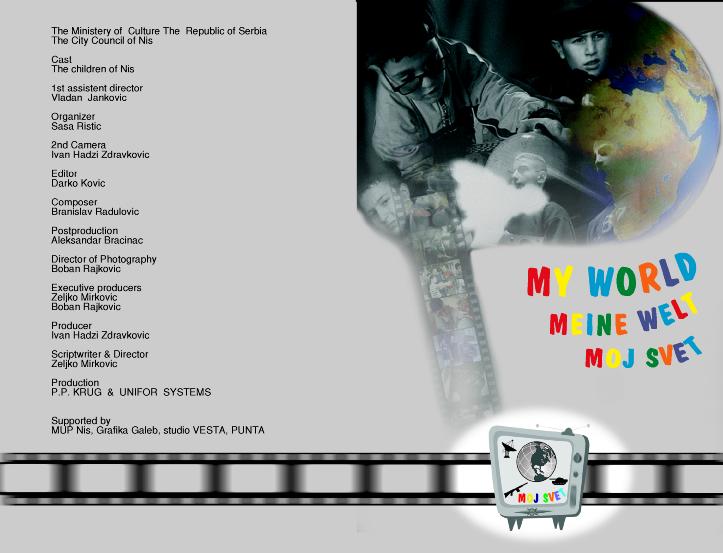 This is documentary about media reflection on children after 10 years of wars in Yugoslavia. brief synopsis In the world today, more than 400.000 children under 14 years fight in various armies. Media world which around our children is full of evil, criminal, wars and other violence.

The picture of this world project on innocent children’s souls and comes out through different children’s games which are astonishing with their imagination the creators of our reality. This is a film about children’s worlds which were disturbed by the worlds of fire arms through to the media The documentary “My World” simultaneously follows three children’s stories:

1. 13-year-old children make their first feature film about a conflict between the Italian and Serbian Mafia which arose because of the secret code which enables them to start the satellites and atomic bombs belonging to the EU government.

2. 10 or 11-year-olds from two neighboring streets have declared their streets the states and are at war with each other armed and organized as real armies.

3. Little Dimitrije, aged 8, is an inventor with his FLY-BALL project, a flying ship equipped with a perfect computer which turns bad people into good ones with non violence language, thus saving the world from evil.

Ministery of culture Republic of Serbia

Production: KRUG and UNIFOR SYSTEMS /supported by Ministery of culture Republic of Serbia and City Council of Nis/